Here is my obligatory green juice girl pseudo deep reflective post about how 2021 went. Unlike anyone else that has written one of these things, my year had highs and lows. Some of my successes were: getting my masters (in a panoramic no less), running my first backyard ultra, running some of my dream trails, switching advisors (I will write a blog post eventually), and starting my PhD program. The panny dem also made it one of the most isolating stressful periods of my life, and I really haven’t been a good friend this year.

If I had to summarize the main lessons I learned, because listicles are perennially in style, it would be the following things:

1. I am much more physically capable than I realized.

In October, I ran 70 miles in 20 hours in my first backyard Ultra. Prior to that point, I had run 48 miles in a day, but it was much more spread out. I really had no point of reference for what I was physically capable of, and although I walked like a 90 year old up the stairs that night, I was the proudest 90 year old in the world.

Similarly, I am a member of the MIT Climbing team this year. We (allegedly) have practice 3X a week with (allegedly) practices on Monday being coached. The coach this year is new, and his analytical approach to coaching has made me to approach climbing more thoughtfully. One practice that stuck out to me was when we had to try every single problem that was just set in the new section of the gym. Prior to that, I had stuck to my meager V3s and V4s, as I didn’t want to waste the time and space of others by trying anything harder. But since everything was unrated and we had to try everything, I ended up trying some (eventually rated) V7s and was actually able to do some moves. There was obviously a Rocky-like peptalk with the coach about this realization, but it was the first time I connected that the reason I wasn’t climbing hard was because mentally I had no faith I could do things that weren’t in my safe zone. This year showed me that I need to stop making judgements about what I can do before I’ve earnestly tried.

When I was in high school, I was still doing my required time as a tall person and playing volleyball. I was obsessed with making it to the Varsity team: I did summer conditioning on my own, I would spend hours doing setting drills against the wall, I watched tons of professional volleyball and trying to understand what I could apply on my own. And it paid off, my junior year I got on varsity where I was the backup setter. During one game early in the season when I was starting setter, our team was losing the set and none of the hitters were particularly warm. The coach called a timeout and directed me to stop setting the outside hitter for the rest of the game. While this direction was obviously to punish the outside hitter and really a poor strategic choice, the HS coach at the time was equally about volleyball strategy and terrorizing young women. As I set to the middle hitter the next few points, she kept on hitting the ball out of bounds or getting blocked. The same with the right side hitter. Since it had been a few points, and the two hitters I was allowed to set to were not doing well, I impulsively set to the outside, thinking that it would be wise to spare my middle hitter another set since she had just messed up a few times. Sadly, the outside hitter just went out of bounds. My Coach screamed my name, pulled me off the court, benched me, and I never set again for the entirety of high school volleyball. They even brought a freshman to replace me, as that was preferable to the coach over letting me set. It was traumatizing. One decision during one set of volleyball meant that I never played setter again, and I had to enviously watch as someone replaced me and was given kindness and patience that I never received.

The way I rationalized the cruelty of it all was that if I had just been a better setter, than I would have been irreplaceable, and this wouldn’t have happened. My longstanding belief that if I worked hard then I would be able to achieve my goals was shaken, and I realized not only would I have to work hard, I would have to work the hardest and be the best so I would never be in such a vulnerable place again.

While that view has relaxed a little over the years, (crying over getting a 97% is not a girlboss move amiright ladies), it still has made me sensitive to failing publicly, as I worry that some disproportionately cruel thing would happen if people would realize that I’m not as useful to them as I want to be.

This year I have switched from working in an astrodynamics focused domain to a robotics focused one. And while I was warned it would be hard, it has been reallllyyy hard. Who could have predicted jumpstarting my robotics journey at the PhD level would have been difficult (\s). And in classes this semester, despite how hard I’ve tried, stuff just never came together. I absolutely tanked the exams (aka 1 std away from average) and I’ll leave you to extrapolate how grades went. I felt horrified and embarrassed to report my grades to my advisor, especially because it was our first semester working together. I waited for her inevitable response that she no longer wanted me as a student, that ~real ~ MIT grad students should not be having a hard time in classes, that it was a mistake to let me join her group. But these anxieties never came to fruition, ultimately, she really did not give a shit, its much more about my research throughput than anything else. And regardless of the research point, she shared times she had failed (which is still hard for me to believe, she is just such an intimidatingly capable person) and that ultimately it does not matter on the grand scale of things. While I don’t plan on taking another significant grade L next semester, it was really cathartic to be given the grace to fail, and to have mentors that can provide support and guidance that I’m not someone to be tossed aside when I don’t hit the mark.

To summarize my goals for 2022, the motto is to “Fuck Around and Find Out”. I want to try very hard at my graduate degree, running, and climbing without the fear that I will be useless to others if I am not immediately good. To that end, here are my big goals for the year

To support this goal, I got a ultrarunning coach, and its been really good! Having the accountability makes me do stuff I may usually avoid (aka sprints/running in the middle of a depression spiral), and its honestly nice to have this small piece of running community.

2. Propose for my PhD by the end of the Year

This is a lofty goal, but half of writing this is to be more comfortable sharing my goals with the world. I do not want to be a PhD student forever, and I think that if I work really hard, I could pull together a PhD proposal. I already have some schemes, but I just hope with enough hard luck and work things will come together.

Last year my new years resolution was to read 52 books. I read 32. Honestly, not even mad that I didn’t get to the 52 book goal, as 32 books in a year is the most I’ve read in years. Now that I have a point of reference for my reading, I am hopeful that the goal this year will be a little more realistic while still encouraging me to read more regularly.

That’s all I have for self-reflection, thanks for reading!! (P.S, please comment with book recommendations if you have any!)

View all posts by sydneyidolan 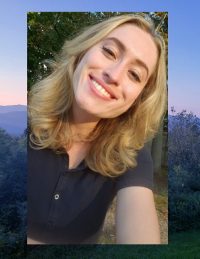